You can do Business Without Assets: These Big Brands are Example

You can do Business Without Assets: These Big Brands are Example

A few days back!

Me and my friends were drunk.

Now, you might know how interesting drunk conversations get. Ideas come like nature’s call – again and again.

Under the influence of alcohol and the desire to do something revolutionary, we started talking about starting our own company.

We even thought a name VANAM Technologies – based the initials of each friend participating in the discussion and decided to register it.

Now, no one could stop us from becoming billionaires in upcoming years.

Yet, there were two major problems:

So, after a lot of thinking, we gave up the plan.

However, being a curious soul, I was still looking for a way to start a business without any investments.

For this, I had to see if there were any businesses which were started without much resource investments.

Hence, I searched on Google:

Can we start a business without any assets?

The answer was yes.

I even came across some really exciting case studies which I am sharing in this post. Interested to read? Here, we go: 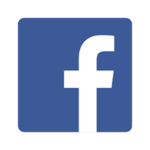 The first example is the world’s largest social media network, Facebook. It has over 2.20 billion active users.

Now, the most interesting thing about the social media network is that it hardly creates content of its own. Instead, it has all the data produced by users, for example, the messages they sent to friends, photos and statuses they uploaded, and the posts they shared. 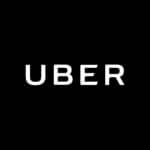 The most interesting thing about the world’s most famous cab booking service is that it doesn’t really own any cab.

Instead, the company has a contract with different cab drivers. Whenever a ride is booked, it connects the user to the cab driver available at the nearby location.

In short, Uber acts as a median between you and the cab driver. The driver gets a passenger to drop, the user gets the cab at a discount, and the company gets the profit.

So, in the end, everyone reaps the benefit. 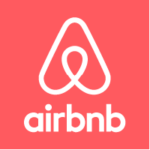 Do you travel a lot? Well, then you might be aware of Airbnb.

Many people use the service for leasing or renting out lodges, holiday cottages, apartments, or hotel rooms. You can even use it for booking a table at restaurants.

Now, most of you might not believe this but Airbnb doesn’t have any of these properties. Instead, it acts as a broker between the user and the property owners.

Still, it’s one of the most popular hospitality and peer-to-peer property rental services in the world. 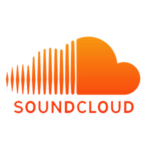 Soundcloud has over 125 Million songs out of which they don’t even own 1. All the songs belong to users who upload them from time to time.

Yet, it’s one of the most searched music streaming services online. 175 million people use it on monthly basis.

Being part of a leading app development company in Singapore – here’s an advice from me:

If you’re about to have a plan and a will to start your own company – don’t give up. Just believe in your idea and you’ll definitely figure out something.

Also, in case your concern is budget. Take a look at the list of businesses that you can start on a small budget.