VR has been a point of attraction for tech enthusiasts ever since its inception. Today, virtual reality has reached new heights and taken all over the world. Industry giants like Facebook, Google, and Microsoft, have joined the AR and VR industries, and companies like Sony, Samsung, and HTC are conceptually designing new VR devices to make VR hardware more affordable for the mass-consumer market.

Out of many different implementations, one thing that VR has completely transformed is the gaming industry. So if you are thinking about investing in VR game development, this is just the right time. As per PRNewswire, the global AR/VR market is expected to reach a whopping $94.4 Billion by 2023.

In this article, we have created a guide map for a successful VR game development in 7 easy steps.

When planning your VR game development, consider these 7 steps as a roadmap.

1. Find an idea that sticks

The first step for any product development is the idea you want to implement. Coming up with an idea will include everything from the storyline of the game to the target audience for it. Make sure the storyline is immersive to keep your users engaged. Also, make a note of all the key moments that will be the highlight of the game. And last but not least, try finding the answer to the question, why does your game need to have VR in the first place?

With all these questions answered, you will most definitely come up with an engaging idea.

There are few different ideas to choose from when it comes to virtual reality. For VR, you can go for light mobile VR options like the Google Cardboard, premium mobile VR like Gear VR and Daydream, PC VR-headsets like Oculus Rift, HTC Vive, Windows Mixed Reality, Standalone solutions like in Oculus Go, Oculus Quest, and Console VR  like the Sony PlayStation VR.

3. Decide on the graphics you want in the game

The cost of a VR game development significantly depends largely upon the design and graphics of the game. So this step will hugely influence your budget. Depending on the type of game idea you have in mind, you can choose from 2D, 3D, or photorealistic graphics. In the case of VR, you can also add on some 360 panoramic video elements. Although the cost for a 360-video shot is not that expensive, adding interactive elements to the video does present a challenge!

4. Next comes the development platform

This step will let you choose the development platform for your game. It is an important step – considering it is the base of your development process. There are a number of game development tools and engines available for both iOS and Android. But the developers consider Unity and Unreal as the two most popular and varied tools for game development. Both these tools support all the major platforms like iOS, Android, and Windows. Although Unreal has a long list of several other platforms. Lineage II: Revolution and ABC Augmented Reality are the mobile games developed using Unreal Engine while Unity boasts of famous games like Lara Croft Go, Angry Birds 2, and Pokémon Go.

Choosing the right development team for your project is yet another important decision. VR game development comes with its own peculiarities and challenges. So when the developers are already familiar with all of it, they can avoid errors in the new project. They overcome any technical issue quickly, thus saving you time and money. Whereas an inexperienced team will cost you time even resulting in a delay in your anticipated launch.

Developing a game is a challenging process. You will face issues more often than you thought. So the best way is to test your progress as often as you can. Regular tests after each development iteration can help you receive important feedback from key players. This way you can resolve the issues that might come to your notice later when the game is launched.

Another thing to consider while creating your development plan is the MVP Development. This step-by-step approach will give you greater clarity to go in the right direction from the very beginning. Also, it is better to adopt game scenarios based on user feedback during the development stage rather than having to rebuild the whole game from scratch later.

Launching the game on the right platform where gamers can easily find is the last step of your successful development. The good news is today finding an online marketing platform is easy. The two leading online stores, Google Play Store and Apple App Store are the most popular ones where your game will surely be noticed. Other than these, the main markets for VR games are Oculus Store, Steam, Viveport, Weavr etc.

With the advancement happening every year, we will be able to see new wonders of this innovative technology in the future. Investing in VR game development now is a great opportunity to take your share in this quickly developing and thriving market. So, hurry up and grab a spot in the industry that is predicted to grow abruptly in the next few years! 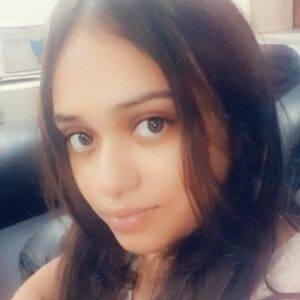