Got a new app idea? Can’t get it out of your head? Has it become more of an obsession? Have you started building your dreams around it?

Want to become a new trendsetter in the online world, but don’t have a single idea how to proceed? Where and How to get your App made? Don’t worry! Not many people know how to! Here we are going to solve any query you might be facing which stands as a wall between your idea and your dream.

Has it been a while since you are Eating, Drinking and Sleeping ‘Apps’?? We are here to the rescue! Its time you sharpen up your cutlery! Starting with Where to go with your idea? There are two approaches people go for, while app development comes into their minds.

One is to go for a free online solution. While online solutions are quick and money saving, the apps they generate are pathetic(to be very honest). There are very few features made available. These guys use a single design format for any app they create which gives you no chance to stand out from the crowd. Not to hide the fact, there is not a single successful app to be named which was designed using such solutions.

If you want to be the next name in the app world and want to be the creator of that app (more of a chap) of the internet world which becomes the topic of gossips, you cant rely on  this approach.

The popular phrase, “There’s an app for that”, didn’t sprout up on its own. Minds like that of yours have always been around. And the only way to stand out is to make yourself usable and noticeably distinct.

Coming to another approach. What you have to do is to look out for an app development firm with your idea in hand. They will sort out the rest. App Development firms not only create an app for you but also help you with the much needed branding, marketing and maintenance.

The time Its Going to take?

Although each app takes different amount of time, based on how much complex it is. But to average it out, the whole process takes approximately 3-5 months.  Sometimes the testing process, which contains multiple de-bugging and re-testing cycles, may take unexpected times. The first skeleton version of your app may take time as less as 10 weeks. Its always a good idea to approach your app developer with some basic plan, in mind. The more you have figured things out, the better. This will save your time at the planning phase. Although many app development companies are ashore to help even with the very basics, its always a nice idea to be choosy. So, what actually does a app development firm expect you to come pre-equipped with-

Talk out everything and anything going on in your mind to your app developer.

Although designing is something which is the sole responsibility of your hired app developer, but the first and foremost thing you need to do before getting into app designing is- to get yourself obsessed! Try out various apps. Do some research! Pay attention to how they tackle stuff. Swiping….Typing… Zoom-ins and … Tapping! Look for clues. And when you done zeroing in stuff make out a list for what you require in your app.

Every app goes through some basic steps while being designed. To brew it out: Wireframing-> Mockups-> Edits-> and the ‘Finished Design’!

The first and foremost step is ‘Wireframing‘, which involves drawing out a simple skeleton for the App before its actually made. Wireframes depicts a visual flow from one function to the other in  the most basic way possible. Its more like sketching while the painting is yet to get completed. Suppose you are an artist painting ‘Mona Lisa’ and till now you have only completed its basic outline with the pencil: where the eyes, the mouth and the hands will be placed. And this is how a wireframe sketch for the app screen looks like: 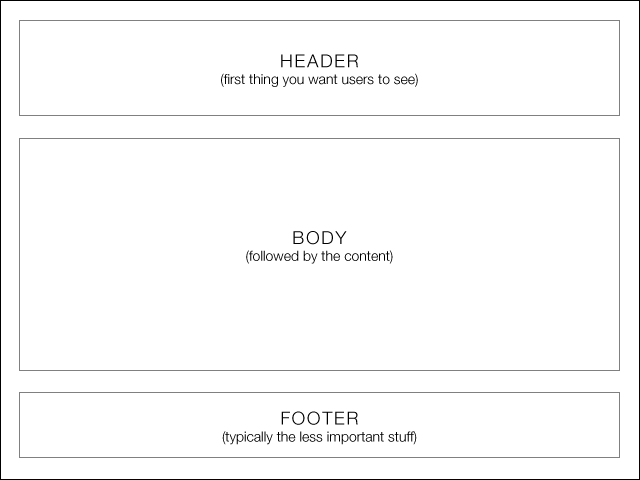 The next step in designing is ‘Mockups‘. Its a more visual and glammy approach where you see the shiny and realistic illustrations of how your app will look and feel. The next step is ‘Edits‘ which involves editing the Mockups (as you might have guessed it out from the name) to bring out the best for your App.

And at last you are provided with the finished design. The best your app can get! This is the stage where the actual app development takes place. This stage involves many hit and trials. While we work in “sprints”, we keep you in-touch with  the beta version of your app after every step completion. In this way you keep a tap on your app and keep refreshed with the work-in-progress.

App development is a complex process. Its something like shooting arrows in the blue. Hit and Trials will follow. Every single app function is tested for its functionality, usability and consistency.

The Much Awaited Launch! The first is ‘Branding‘, which involves giving your app a face so that your app has its own recognition in  the App World. Branding is the way you present yourself among your customers. You create your own distinct identity. Remember how a simple change of a logo can either make it or break it for your app.

The next step is ‘Marketing’. Plan out a strategy for bringing your app in the market; so as it caters to the widest audience possible. Spread maximum awareness about your masterpiece. Use every channel possible and reach out to get the much-needed support with the marketing basics.

Its high time you make your move and get going!

Applify is just the kind of name, you just read about. We are an app development and design agency based in London with its operations spread worldwide developing apps for both Android and iOS. You can rely completely on us with your app idea.

We are always here to provide our assistance. Just drop an email here or come for a chat over a coffee. We are always Happy to Help!

Because at Applify, Imagine it, Done!

The services we provide @Applify include – Chatbots, iOS App, Android App and all kinds of Mobile App Development services! Always ready to hear from you!